The project describes the 1000-inhabitant village Bruchhausen an den Steinen. The initial motivator was the question whether a more positive perspective of country life, beyond rural flight, was possible. My interest was further intensified by the discovery of the photobook Zu hause. Fotografien Ludwig Schirmer. Berka 1950 - 1960, which depicts bustling village life in East Germany in the 1950s. The first approach was to engage with the village and  its surroundings through literary study and actual research trips. Eventually the tradition of the Schützenfest (fair featuring shooting matches in Germany) moved into the center of my attention. From the perspective of a known stranger, the gaze is set from the inside, looking out onto the village community. My subjective impressions are met by artifacts as well as the villagers’ own private pictures that are, through the removal of their original context, imbued with a sense of comedy. The resulting photo-album, compiled from private snapshots, tells the story of a fictitious family and enables deep insights into the life of the village. The third part of the work is composed of more sober double portraits of former Schützenpaare (winning couples of the Schützenfest). At the end of May 2015 this work was shown alongside works by Helena Grebe in the group exhibition hausen. 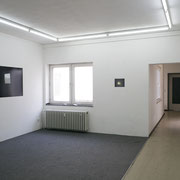 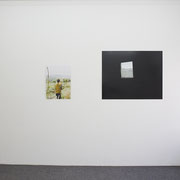 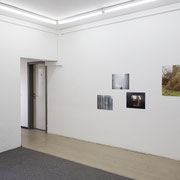 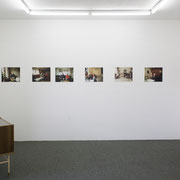 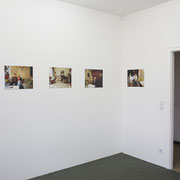